John Harrington presenting Michael Power of South East Mountain Rescue with a cheque for €1,000 from the FDC Charity.

South Eastern Mountain Rescue Association provide a search and rescue service for those who find themselves in difficulty on the mountains of the South East of Ireland. The area of operation includes, but is not confined to, the Galtees, Comeraghs, Slievenamon, Knockmealdowns, Blackstairs, Slieve Blooms and Ballyhouras. 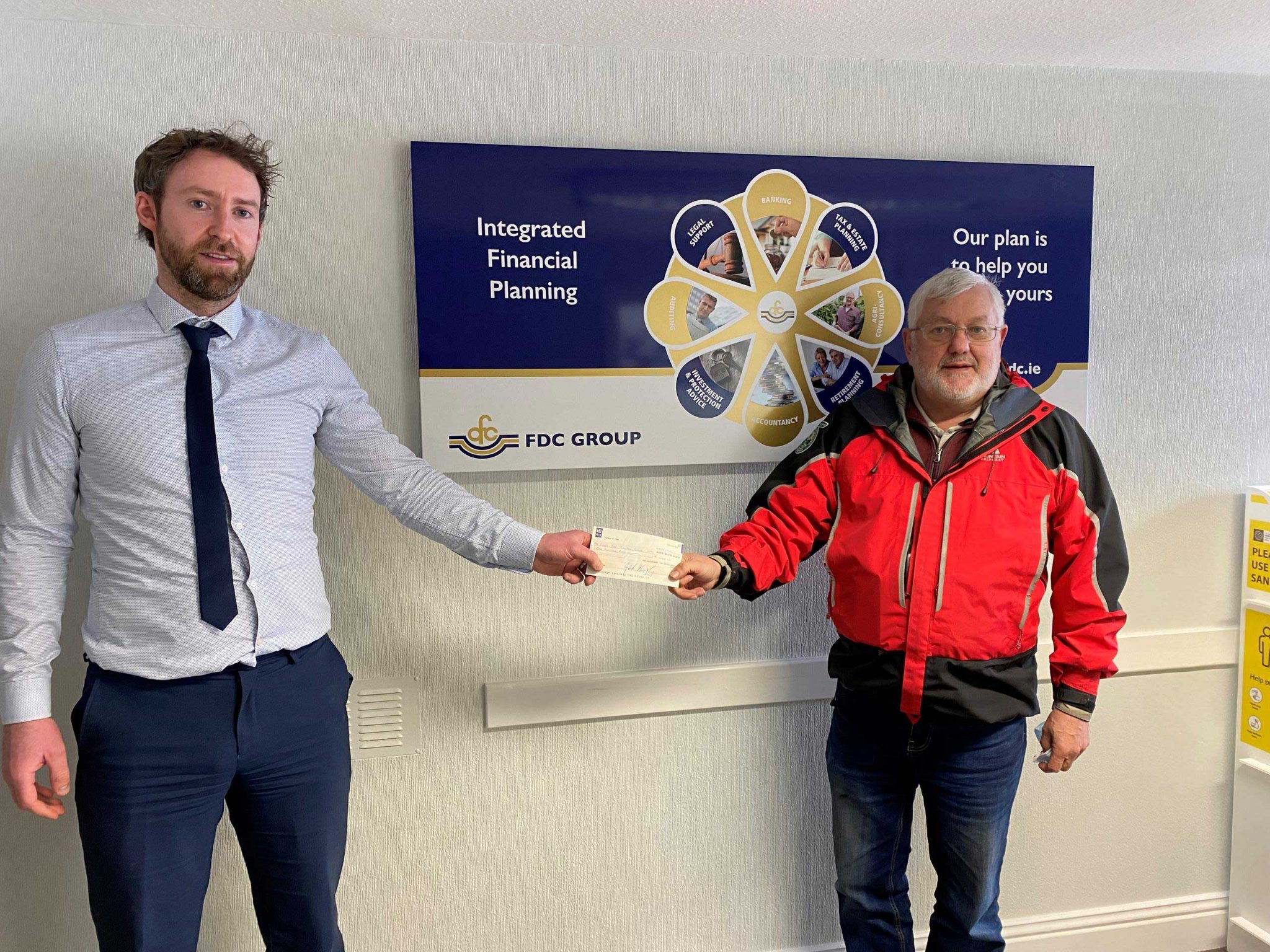 The FDC Charity Fund was set up in 2005 and to date we have donated nearly €300,000 to very worthy charitable causes.

It is a great privilege to be able to make a difference in the lives of those who need it most.